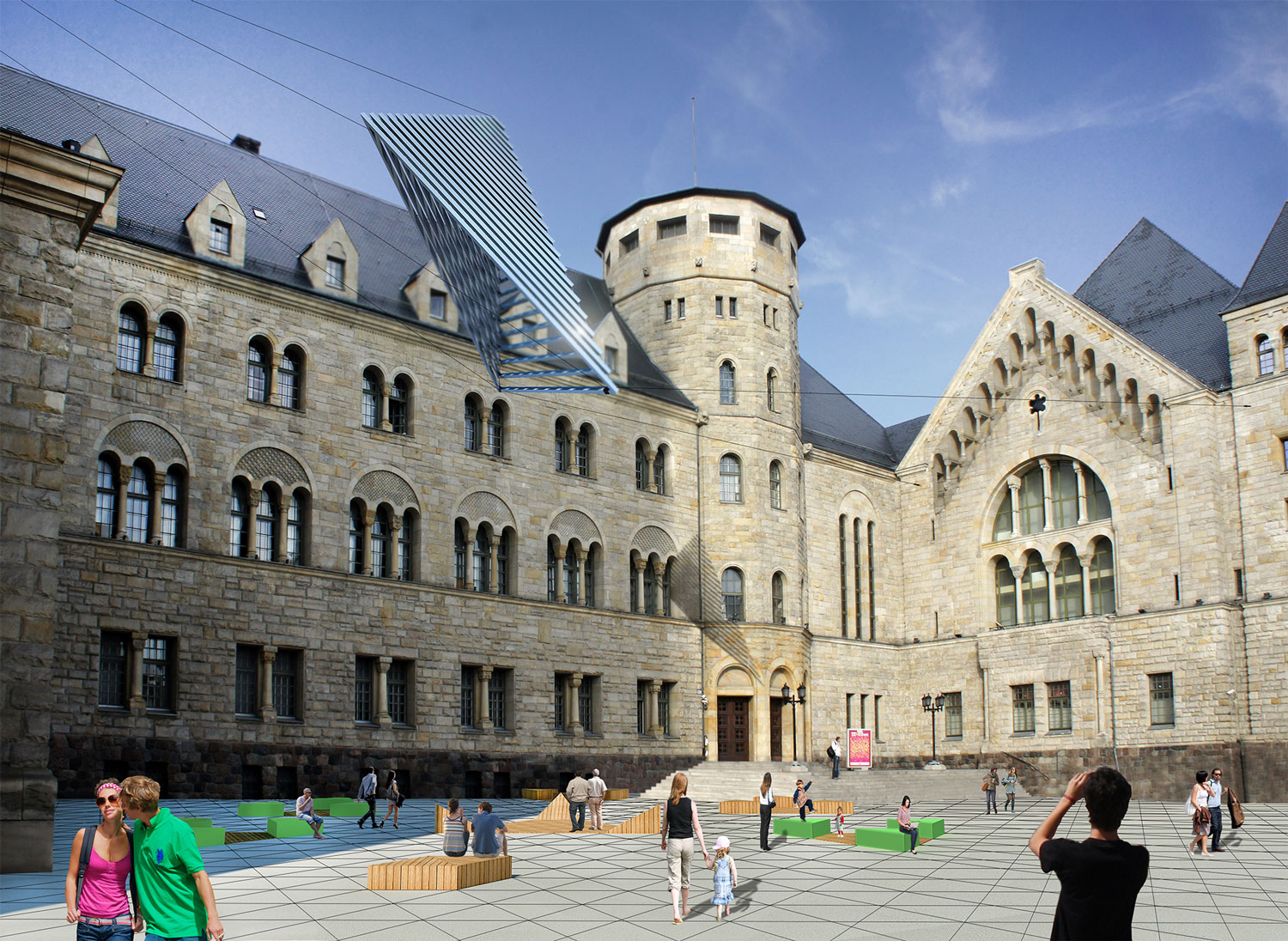 The power of optical illusion

The former Imperial Castle has a long history. Nowadays it is one of the most recognizable buildings in Poznań and unique institution of art and culture. The former Imperial Castle was built in 1910 and was the last royal castle built in Europe. During the Second World War the building was severely destroyed. After the war, attempts were made to demolish completely the former Imperial Castle but only the tower was pulled down. Now discussion is held on how to restore the old tower and bring back the former castle appearance and also to create a public space at courtyard  for tourists and local residents instead of car parking.

This discussion may last a long time and the project was made to show that the history can be transferred into contemporary, intrigue form. Proposed  courtyard development links present-day with the past. Optical illusion of proposed installation recalls the old look of castle tower damaged while Second World War. Installation made from steinless steel is hanging above courtyard floor. At two fixed points at the courtyard you can experience optical illusion. Below the istallation it looks like triangle that points at the tower. 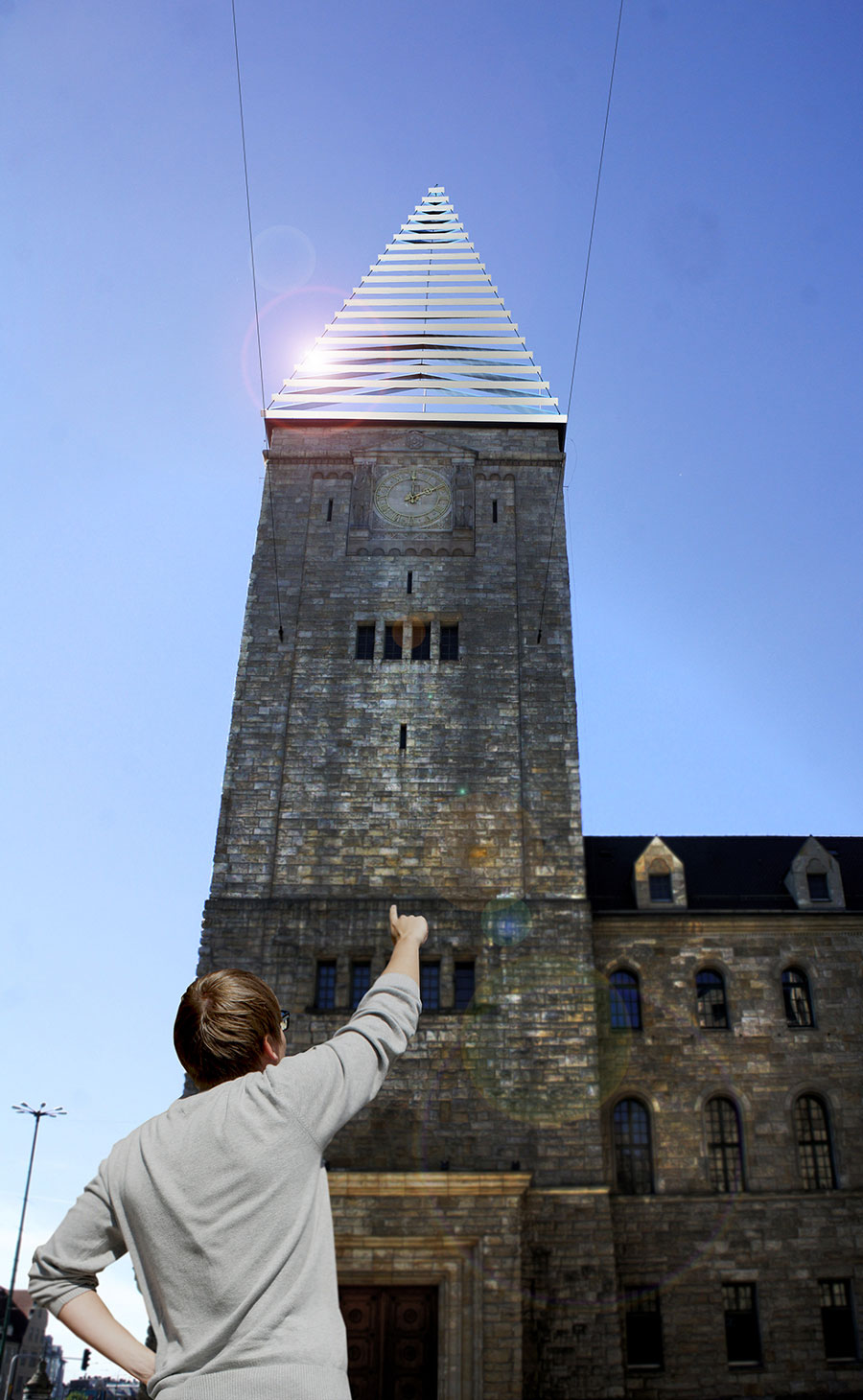 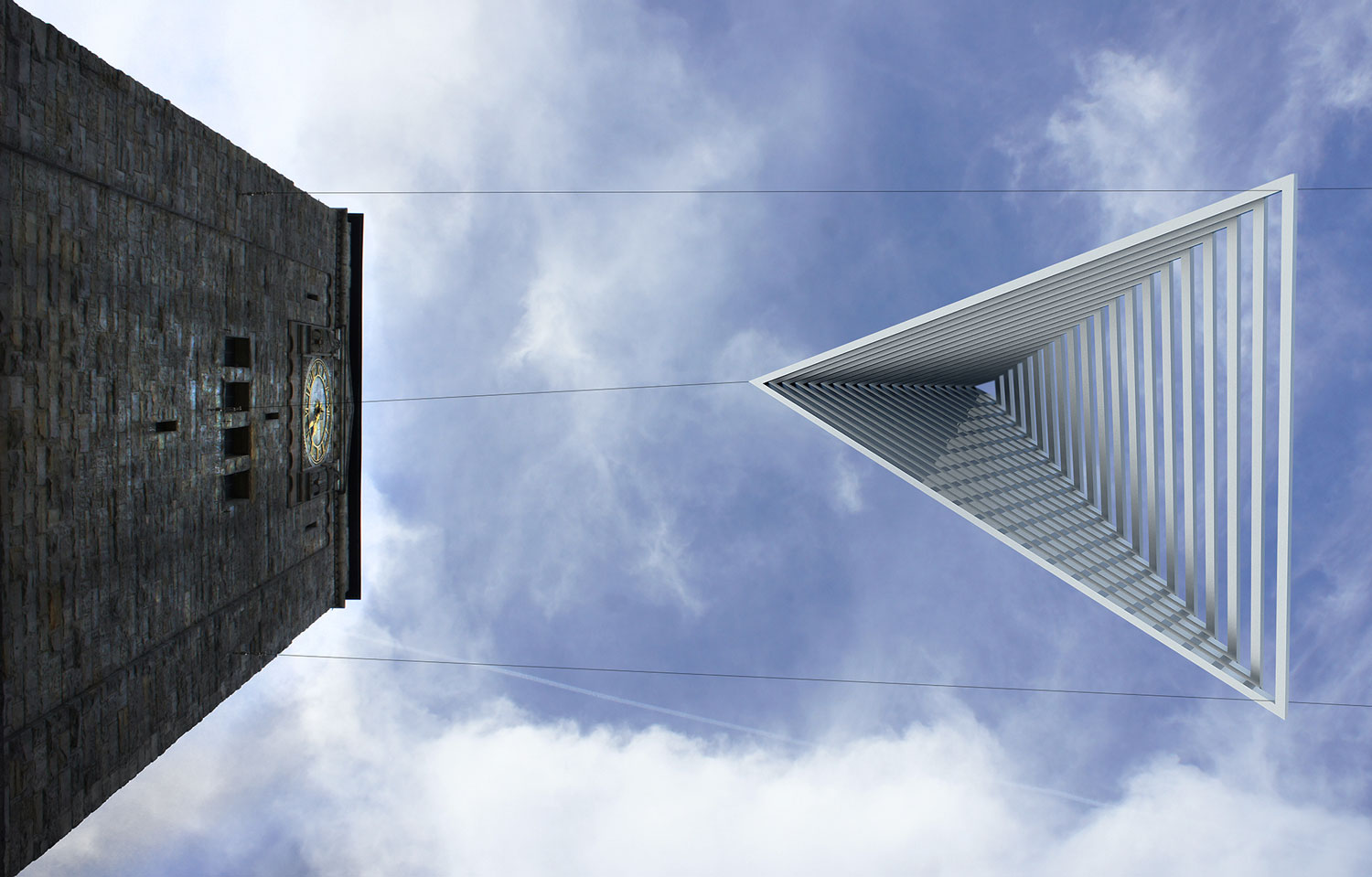 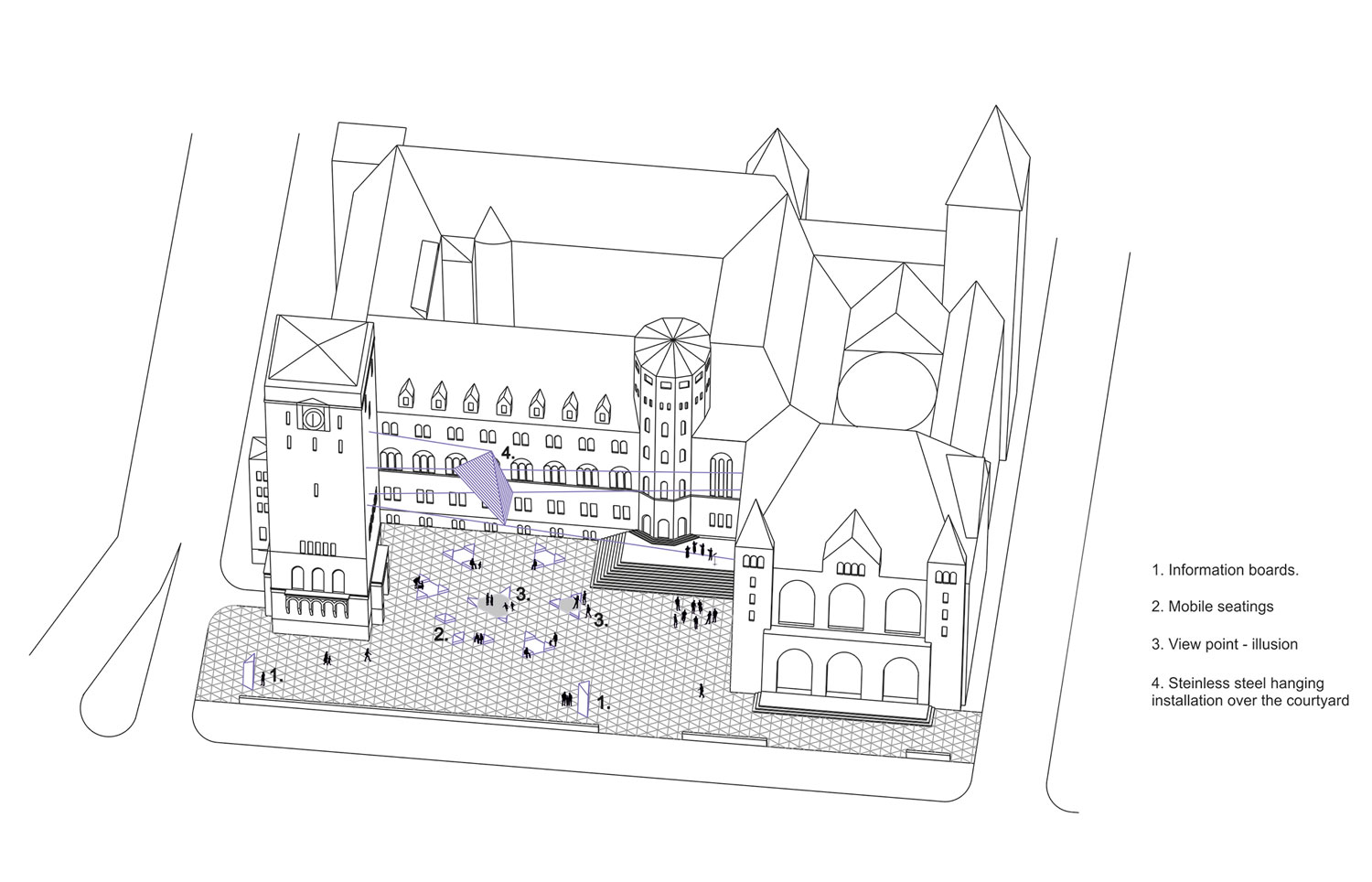 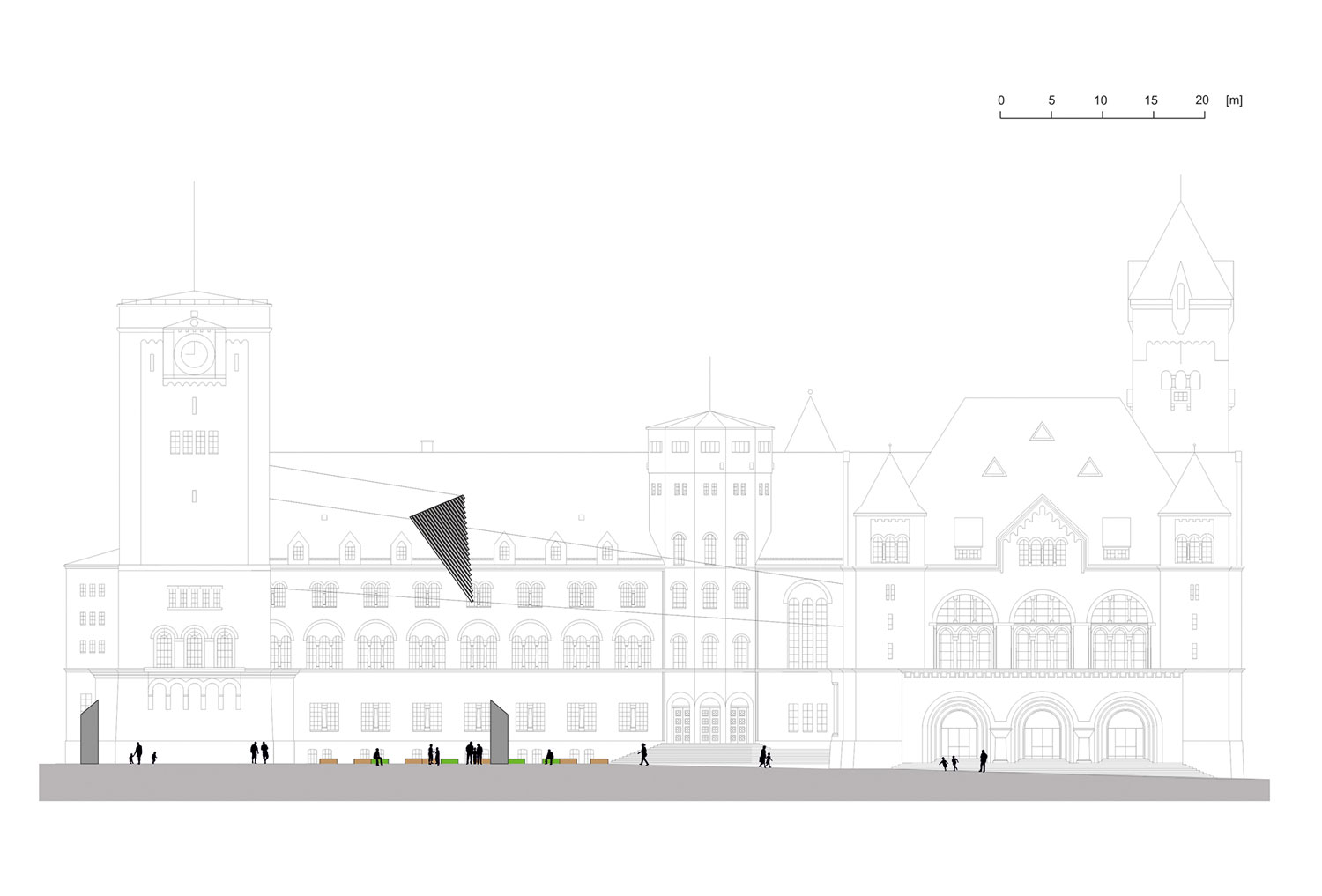 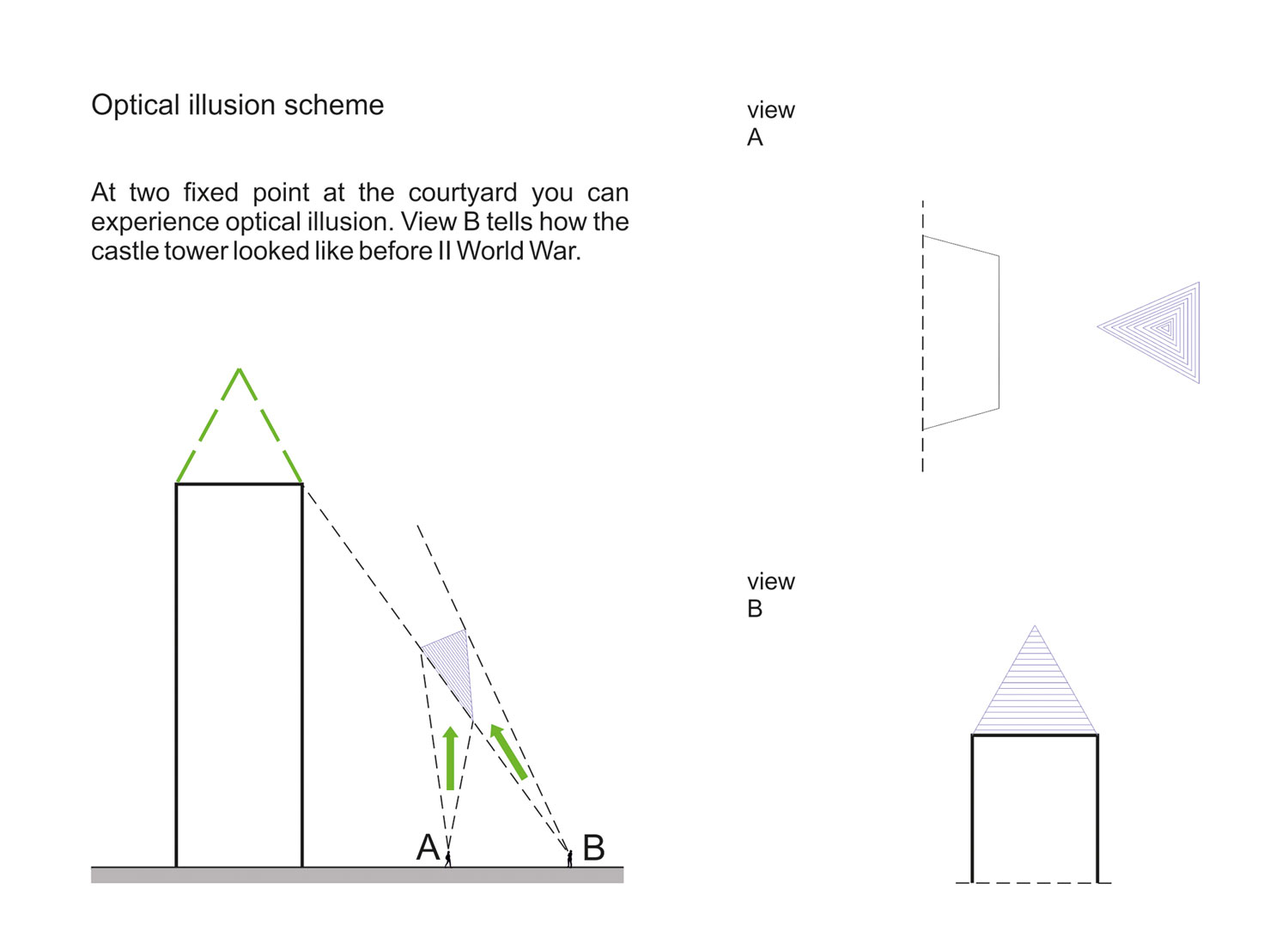